Mastering the Transition to the Information Age

Details strategies necessary for adapting financially to the next phase of Western civilization.

In life you often come across books you wish you read sooner in your life because they will often change the way you think for the rest of it. This book is undoubtedly one of those!

Personally I have been self-employed, contracting or running my own business for most of my professional career, which has always been driven by a deep entrepreneurial spirit, desire to not conform to the traditional work place and strong anarcho-libertarian ideals.

I stumbled across this book, after going down the rabbit of Bitcoin and other cryptocurrencies  and finding myself going through a long phase of reading and researching the subject.

... those who can educate and motivate themselves will be almost entirely free to invent their own work and realise the full benefits of their own productivity

Originally written and published in 1997, the book details major political and economical transformations that are currently underway. With the benefit of hindsight it is clear that the authors have already been correct in a number of their bold predictions in the book. For instance, they had correctly predicted that Osama Bin Laden would become a threat to western nation states, the financial crisis of 2008 and the rise of cryptocurrencies.

Once you’ve read the book you also begin to take notice that a number of the authors other predictions are also gradually coming to fruition. I have also come to realise that without a doubt that my own thought processes and realisations I have come to over the past 2 decades have actually been directly inline with what the authors have laid out.

For those with nationalistic, religious leanings or socialist ideals, a word of warning that you will not enjoy this book. This book is strongly focused on Individualism and self realisation.

This may be wrongly interpreted as a far right ideals, however the book is mostly focuses on liberty and individual freedom and highlights just out of touch the traditional concepts of leadership and rule are.

A governments capacity to tax ultimately depends upon the same vulnerabilities as do private shakedowns and extortion.

The opening chapter makes for some interesting retrospection, primarily as the authors reflect on circumstances at the time of writing and make some interesting predictions for the future, with the benefit of hindsight we are able to see that they did have some successes.  They also make several references to the emergence of cyber money and the continual evolution of the internet.

They did make some claims that also turned out to totally incorrect. However, these can be attributed to the naivety of technological advancements and the authors did not foresee the introduction of Social Media and its devastating effect on the advancement of humanity and the societal destruction it reeks.

It will not matter what most of the people on earth might think of your race, your looks, your age, your sexual proclivities or the way you wear your hair. In the cybereconomy, they will never see you. The ugly, the fat, the old, the disabled will vie with the young and the beautiful on equal terms in utterly color-blind anonymity on the new frontiers of cyberspace.

Premise of the book

The book puts forward a hypothesis that the industrial revolution and age has now come to an end and human societies have now entered a new information revolution and age that will result in the disconnect of the individual from the nation-state.

The authors predict that the monopoly of power of the nation-state will come to an end and the world will return to micro-governance and even down to the power of the individual. Individuals will have the power to work from anywhere, bringing an end to what the book calls the tyranny of place.

This is because a broad swath of workers will be capable of doing their jobs or even as the book predicts tasks from anywhere in the world. Staying in a jurisdiction that does not treat them well or provide a decent standard of living will not be necessary in the technological age.

The nation-state’s decreasing ability to extort capital is occurring at the same time as the value gained from them goes down. The long-held balance of extortion vs. protection is breaking.

Nation-state citizens function as employees (governance through democracy-based voice), not customers (governance through exit-based capital). So the authors predict that a given company/person will use a tax haven, then use protection as a service for safety from violence.

There is a definitely a fine line in the balance of power between protection and extortion.  The authors the argue that and I tend to agree that nation states are bordering more on the extortion levels, causing a rise in libertarian attitudes that Taxation is theft.

The authors predict that this balance of power will shift in the information age more towards protection due to its inherent non-physical and decentralised characteristics of the information age economy.  Requiring Nation states make choices between doubling-down on the existing institutions, or they adapt and increase their value proposition to its people.

El Salvador, a prime example of embracing the latter. Nayib Bukele is trying to shift the paradigm. Rather than viewing people as assets, you can see how he treats people more like customers or patrons in his language.

The example cited explicitly by the book, was Hong Kong, though admittedly this was in l997, long before the CCP had begun to bring the city back in line. The Hong Kong of this time the darling image of a genuine laissez-faire model.  The details of Hong Kong are actually better discussed in Daylight Robbery: How tax shaped our past and will change our future 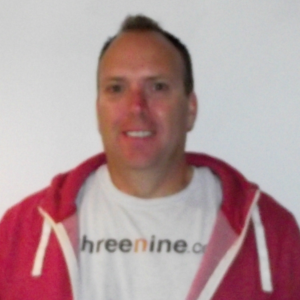